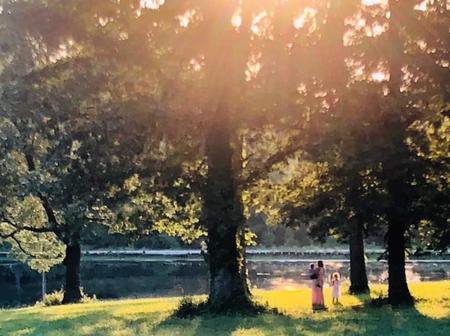 The southern elegance of Roanoke Farm was established back in 1970's by John and Sandy Stuckey. The Stuckey's purchased the old farmhouse, which was over 100 years old from the original landowners. Roanoke Farm began as a working horse farm that hosted Point to Point races. The Point to Point races became a means of training horses to run in the Atlanta Steeplechase each year.

John Ward Stuckey (son) and his wife Melissa Stuckey decided to embark on a new venture and bring this beautiful property back to its glory days by turning it into a wedding and event venue.

HISTORY OF THE FARM

Drenched in beauty and enriched with history the land of Roanoke Farm has a story to tell. Part of the property now known as Roanoke Farm was once part of the McIntosh Trail. Our natural spring fed lake would probably tell of the weary travelers passing through on their way to Alabama.